The party was amazing, everything was perfect.  The music seemed to be all of his favorites, friends he hadn’t seen and years, and of course the drinks were flowing like an avalanche coming down a mountain.  Like all good things, the party was coming to an end and he was headed home before it got too late into the evening.  He hopped into his car and started to drive home.  He reached down to check his phone causing his car to ramp onto the sidewalk…..That is where her night changed.

She was walking home from a friends, just a few blocks down the street.  A trip she had made hundreds of times before.  She was going over the set list for what would be the biggest performance of her life.  She was an up and coming artist riding the waves of her early success. As she went over the subtle nuances that takes any performance from good to great, it hit her…..Unfortunately it was not a breakthrough idea for her performance, it was the drunk driver who was checking his phone.

Her dreams and her legs were shattered simultaneously.  As she lay there unconscious and broken, it began to rain.  She awoke to raindrops seemingly the size of quarters glistening in the headlights of car turned wrecking ball.  As the rain continued to pour she watched her dreams and her blood being washed into the gutter.  The next time she woke was in the hospital post surgery for a broken right femur to match her shattered tibia and fibula on both sides.

I was fortunate enough to meet her in my office about a year after the accident.  She had recovered a decent amount of function (a big tip to the hat to the surgeons and physical therapist), but was still dealing with a significant amount of hip pain that was affecting here ability to play the pedals on her piano, and greatly limiting her ability to exercise.

Upon examining her we found that her sacrum was stuck in a rotation, leaving her unable to move properly at her right SI joint, forcing here to overuse the muscles on the front and side of her hip.  We did a manual therapy treatment and 2 ELDOA™ for the dysfunctional joint.  She walked out pain free.  We continued to work all of the essentials of any good rehab program for the sacrum which included ELDOA™, Myofascial Stretching for the musculature attaching to the sacrum and pelvis, proprioceptive exercises for the sacrum, and finally full body integrative training.  She found such value in the treatment and the system that she has stayed on as a regular client, and I am happy to report that she is playing more gigs than ever and enjoying her life to the fullest.

Here is a micro movement for your sacrum. Simply sit on the 1/2 roller (or floor for an easier version). Roll down to the desired level that you want to work (in the video I\’m working S3) and shift the weight back and forth on either side of your sacrum. 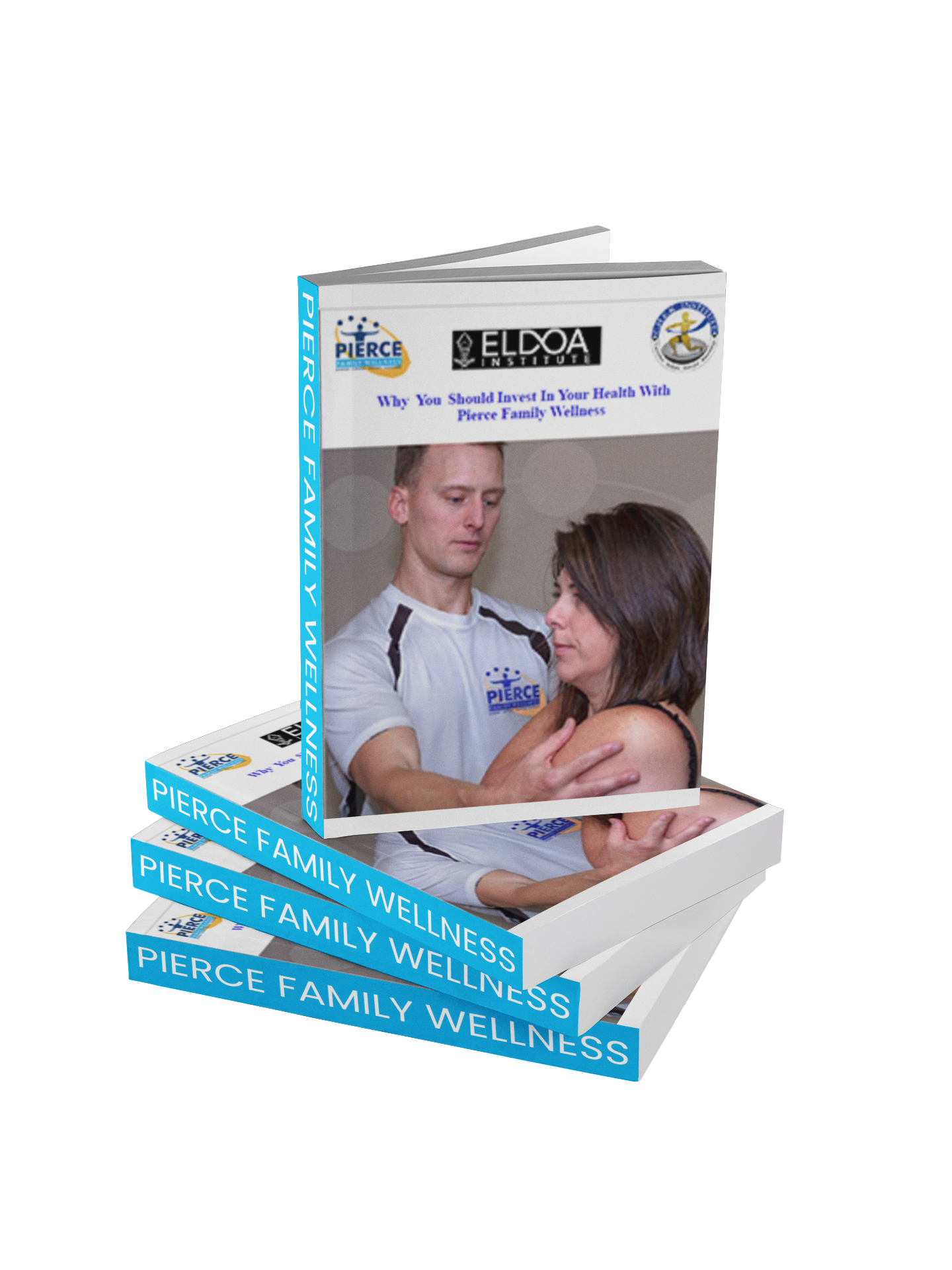 Enter your email and get your free copy of our e-book. Learn why you should invest in your health with Pierce Family Wellness.